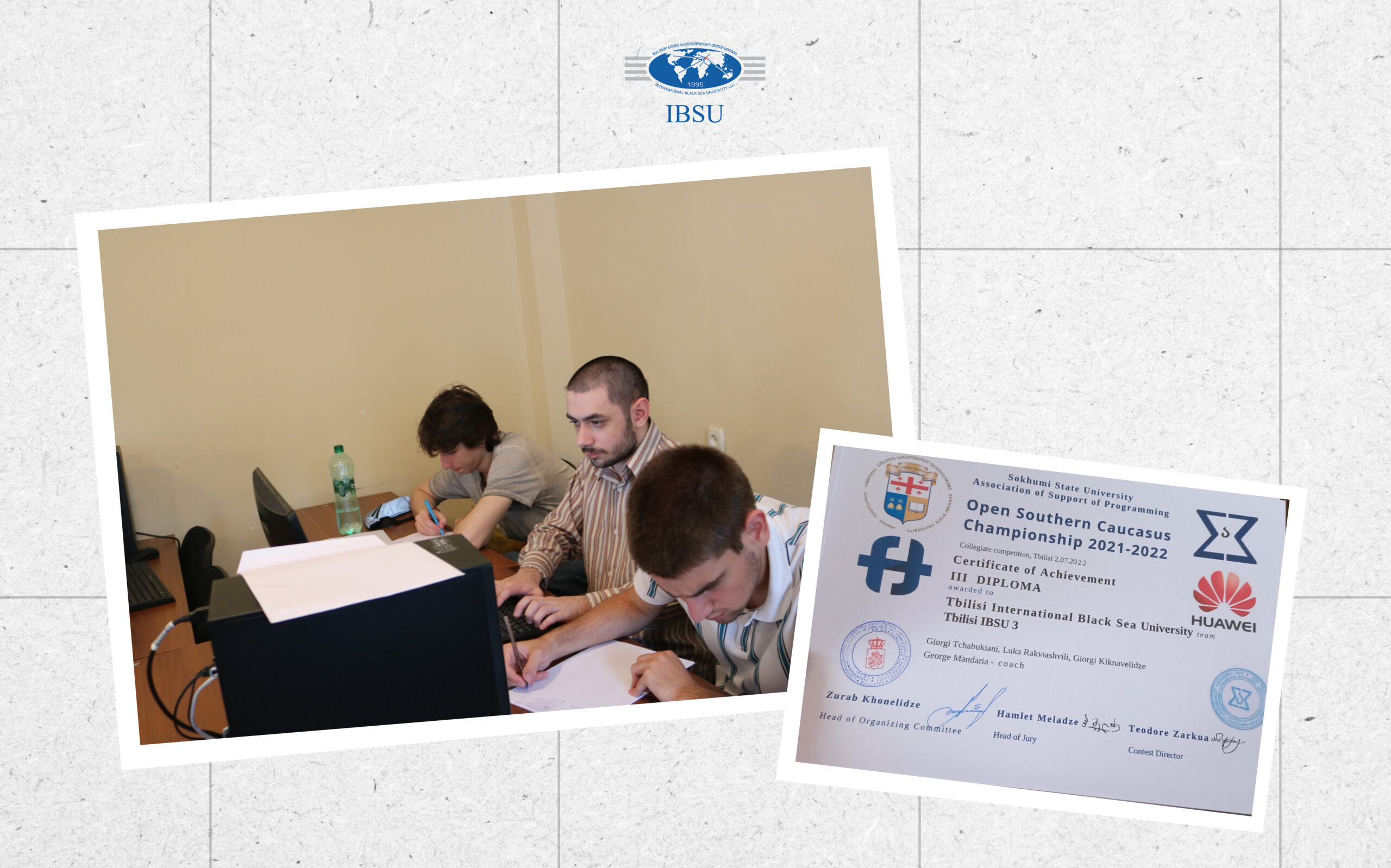 Giorgi Kiknavelidze, Giorgi Chabukiani, Luka Rakviashvili – sophomore students of computer science program of the International Black Sea University won third degree diploma in the semi-finals of the 2021-2022 World Championship (ICPC – International Collegiate Programming Contest) among higher education institutions. According to the assessment of the leader of the team, associate professor of the International  Black Sea University, Dr. Giorgi Mandaria, competitions of this rank are very important for the professional growth and experience of students. This kind of success is very important to him personally and for the university in general, which directly indicates the strength of IBSU’s School of Computer Science not only domestically, but also globally.According to second-year computer science student Luka Rakviashvili, participating in such a competition was a big challenge for the team, because it was the first competition of this level for them, and it is especially crucial for him to get a third degree diploma for the first time.Three teams composed of students of the computer science program of the International Black Sea University participated in the 2021-2022 World Championship in programming among higher education institutions.The semi-final was hosted by Sukhumi State University. Teams composed of students from higher education institutions of Georgia, Azerbaijan and Ukraine participated in the competition.This year, the global sponsor of the event is the company Huawei, and the local sponsors are the Georgian companies “Softgen” and “Alta-Software”.